Expect a night of iconic, radio-staple rock hits as Journey & The Pretenders come to Budweiser Stage on Monday 13th July 2020! Yes, Journey are once again hitting the road for 2020, and this time the “Don’t Stop Believin’” hit-makers will be joined by genre-bending new wave punk rock band The Pretenders! Both groups found their stride in the 1980s and have long paid their dues as legends of the rock scene, and with both having made it into the Rock and Roll Hall of Fame you know you're in for a quality show1 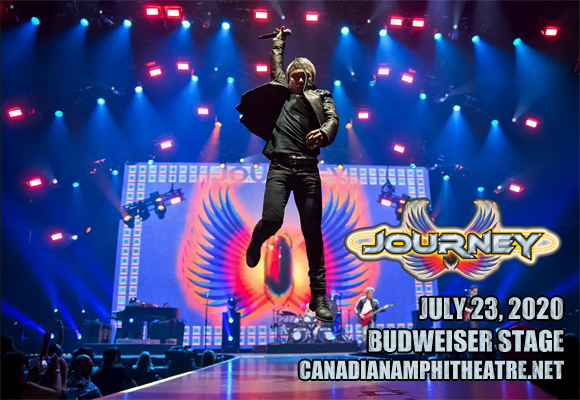 Rock and Roll Hall of Fame inductees Journey are one of the world's best-selling bands and the U.S.' 25th best-selling band of all time. Formed in 1973, the group made it big with their 1978 album Infinity, which veered from their original jazz fusion sound to a more pop-rock oriented feel and began a decade of hit albums and songs for the group. Radio staples throughout the late-1970s and 1980s, Journey had seven consecutive multi-platinum selling albums from 1978-1987. Throughout their career as whole, the group has had one diamond, ten platinum and three gold certified albums, and has charted 18 top 40 singles in the U.S., their most famous being 1981's "Don't Stop Believin'", which enjoyed a resurgence in 2009 thanks to a cover by the cast of American television series, Glee.