A piece of exciting news to all rap and hiphop fans invades the internet today! Drake, Lil Wayne, and Nicki Minaj are teaming up again for the Young Money Reunion concert. We didn't see it coming, but we ain't complaining. As part of the October World Weekend's three-day festival, the hiphop superstars will perform at Toronto's Budweiser Stage on August 1. This will surely be one of the most exciting Mondays in Canada this year as three of the most prominent stars in the music industry give their Canadian fans the "BedRock" performance of a lifetime. Sing along to the trio's hit songs, such as "Only," "Truffle Butter," "Seeing Green," and many others. Secure your tickets now before they run out. Click the "Get Tickets" link to place tour ticket orders. 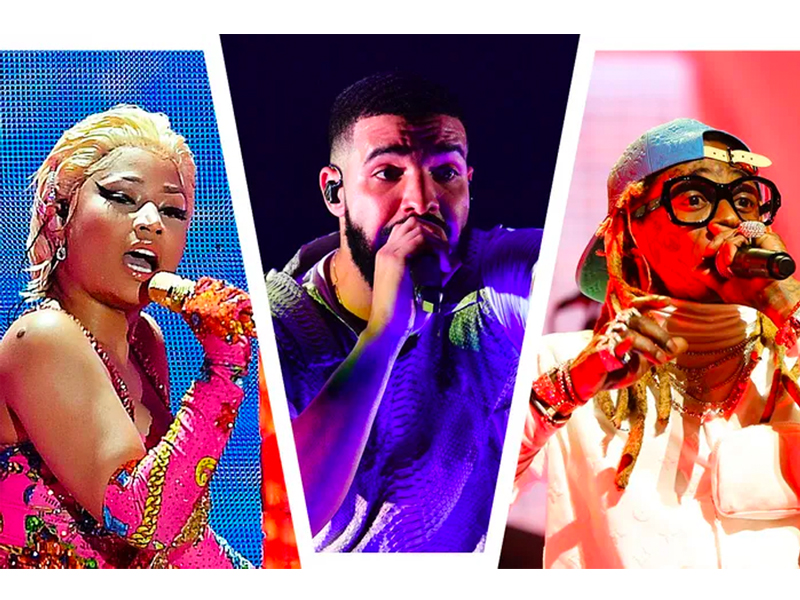 It does not need to be said that Drake, Lil Wayne, and Nicki Minaj are world-renowned superstars known for their exceptional contributions to the exhilarating music of the 2000s and 2010s. They are simply unforgettable. And this year, to the delight of all, the three are back together on stage for the much-awaited October World Weekend, happening this summer!

Music fans do not need any reminder of how significant these artists' music is. Drake, in his long-standing as a hip-hop/R&B legend, continues to dominate the charts through his excellent blend of styles. A feat considered challenging to sustain in the hip-hop scene and of which he is the only one that was able to do so with continued unprecedented success. And no one is complaining. After all, Drake gifted people with the albums "Take Care," "Nothing Was the Same," "If You're Reading This It's Too Late," and many more works that are one of those that defined the 2010s pop music and culture.

While Lil Wayne is one of the biggest rappers today, he is arguably one of the most influential in raising the popularity of modern rap music, giving many rappers a chance to succeed. His style utilizes autotune, generated songs such as "A Milli," "Go DJ," "Let The Beat Build," and other pieces influential in the hip-hop scene.

On the other hand, no one will ever forget the phenomena Nicki Minaj brought, starting with the release of her debut album "Pink Friday" in 2010. Known as the "Queen of Rap," she broke all records of all female rap artists in history. "Super Bass," "Starships," "Itty Bitty Piggy," and "Lookin' Ass" are some of her explosive works that captured many for years.

For a one-time Young Money reunion, the three superstars will perform together at the Budweiser Stage in Toronto, Canada, on Monday, August 1. This might be the biggest concert this summer. What are you waiting for? Get tickets now because they are selling out fast!