Alt-rock veterans Wilco are headed to Budweiser Stage on Tuesday 8th October 2019 as part of their first two in two years! The Chicago six-piece will be performing songs from their extensive, 25-year back-catalog as well as brand new material that gives fans hope that an eleventh studio album may be waiting in the wings, so don't miss your chance to see these stalwarts of the alt-rock scene back on stage! 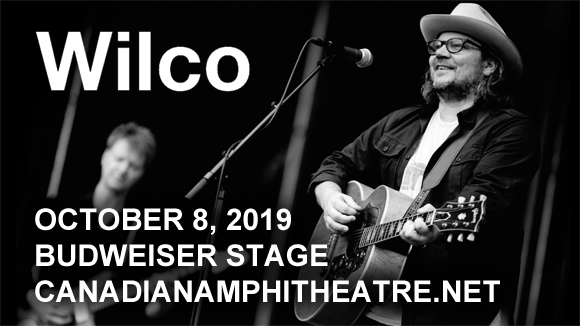 Chicago-based alternative rock band Wilco was formed in 1994 from the ashes of alternative country group Uncle Tupelo, after singer Jay Farrar left the band. Throughout its 25 year career, the band has seen a number of line-up changes, with singer Jeff Tweedy and bassist John Stirratt left as the only remaining original members. Since 2004, the group's line-up has consisted of Tweedy, Stirratt, guitarist Nels Cline, multi-instrumentalist Pat Sansone, keyboard player Mikael Jorgensen, and drummer Glenn Kotche. The band made its debut in 1995 with their first album, A.M., and has released ten studio albums to date, including the two-time Grammy Award-winning album A Ghost is Born (2004). The band's tenth and most recent album, Schmilco, was released in 2016.