Why Don't We Tickets

Canadian Limelights are in for a treat this Monday, June 27, as the American boyband Why Don't We brings the good times on the famous Budweiser Stage for their "The Good Times Only Tour." Join the social media stars turned pop stars Jack, Corbyn, Zachary, Jonah, and Daniel in their return to Canada in this one-night Ontario show that will make you scream in excitement. Joined by The Aces and JVKE as special guests, the boys will perform certified hits as well as new materials from their latest album. Tickets for this show are expected to sell out soon, so grab yours now before it's too late! 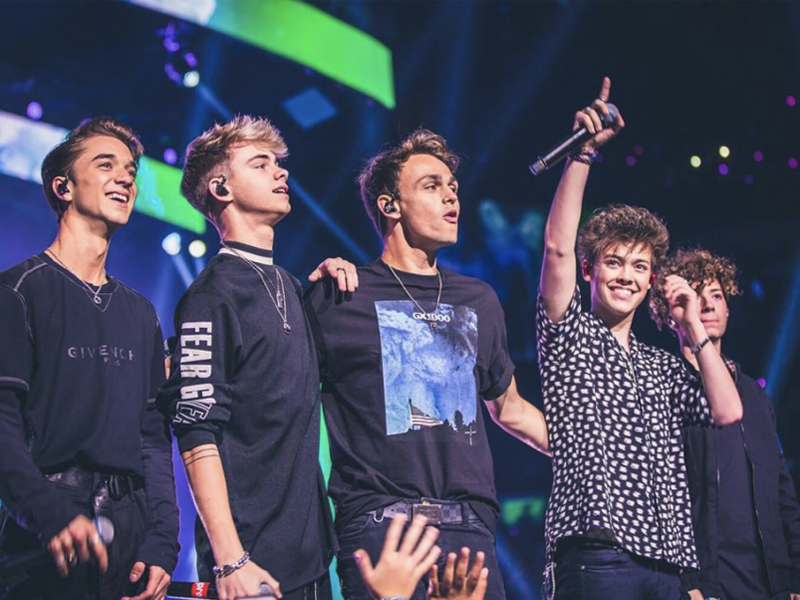 Why Don't We is a boyband formed in 2016 that comprises social media stars from across America. Singers Jack Avery, Corbyn Besson, Zach Herron, Jonah Marais, and Daniel Seavey teamed up to create one of the most promising boybands of their generation. They are known to combine pop harmonies with R&B and electronic influences, resulting in well-crafted songs.

The boyband's hit songs "Trust Fund Baby" and "Hooked" paved the way for the group's full-length debut album, "8 Letters," which was released in 2018. The album hit number nine on the Billboard 200 and propelled the band to a broader audience recognition. In 2019, the boyband paired with Macklemore for "I Don't Belong in This Club." Their latest album, "Good Times and the Bad Ones," put the boyband back in Billboard's Top 10.

After a hiatus in performing due to the pandemic, the boyband is back on the road this year for another exciting string of shows. As part of their North American tour, the boys will be heading to Canada. The boyband was able to perform in Canada three years ago, and now they are back for a two-night show. The boys will stop at Budweiser Stage first this June 27 before heading to the Place Bell the following night. The Aces and JVKE will hop on Why Don't We's tour bus as special guests for their show.

The Aces is an American 4-member alternative pop band from Utah who is known for their songs "Stuck," "Lost Angeles," and "Kelly." The band served as opening acts for several bands like Joywave, COIN, and 5 Seconds of Summer.

JVKE, on the other hand, is a musical artist who found instant fame on TikTok. But unlike other TikTok famous whose fame easily disappeared, JVKE (pronounced as JAKE) has strategized for a long, fruitful tenure in the music industry. He is most notable for his song "Upside Down."