All you country music fans, C'mon Over to the Budweiser Stage this Friday, June 23, and witness the Queen of Country Pop bring the famous Toronto venue down! Yes, we are talking about the one and only Shania Twain! The multi-Grammy award-winning superstar will give her Canadian fans one of the best concert experiences this summer as she brings her "Queen of Me" tour to her hometown Ontario. With the Canadian country-pop Lindsay Ell as her support for the show, the 57-year-old singer will perform songs from her upcoming album and her all-time hits, including "Man! I Feel Like A Woman," "You're Still the One," "Any Man of Mine," "Up," and many others! So grab your tickets now because tickets are expected to sell out soon. Secure yours by clicking the "Get Ticket" link. 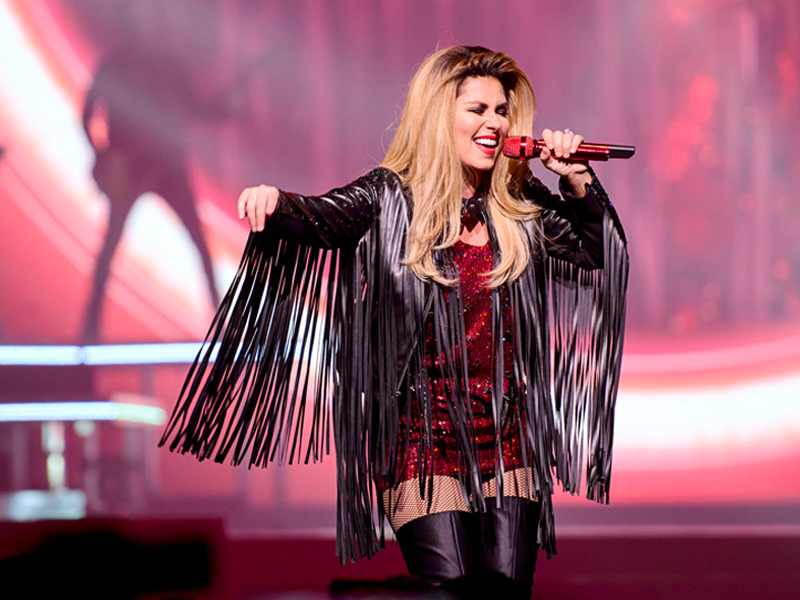 Even before debuting in the music industry, Shania performed to sustain the daily needs of her siblings. After years, her siblings went their ways. This event pushed her to send her songs to music executives. Subsequently, Mercury Nashville Records signed her. In 1993, she released her self-titled debut album, which gained traction in Canada and the US. That same year, she met Robert John "Mutt" Lange, who helped her develop her second album and later became her husband. The sophomore album, "The Woman in Me," came out in 1995. This instant breakthrough set the course toward her stardom in the following years. "Come On Over," her third album, was released in 1997. This release was an international hit. Five years after, "Up!" debuted at the top of the charts. She did not release albums after this. However, to the delight of all, her album "Now" came out in 2017, celebrated by her fans.

After another six years of hiatus, Shania will release her "Queen of Me" album in February 2023. Along with it is a tour that will be visiting the Budweiser Stage in Toronto, Canada, on Friday, June 23, 2023. Canadian country pop Lindsay Ell will be supporting the concert. She is best known for her album "The Project," which topped the Billboard Country Album Sales chart in 2017. Get tickets now!