One of Canada's most admired and respected indie artists is Sam Robert. Billed as Sam Roberts Band, this quintessential indie-alt-rock group is slated to perform live on stage at the Budweiser Stage on Thursday 19th August 2021. Indie rock crowd favorites like "Brother Down", "Bridge to Nowhere" "Them Kids," "Where Have All the Good People Gone?", and "Don't Walk Away Eileen," will most likely be part of Sam Roberts Band's playlist. You and your squad wouldn't want to miss the chance to chill and relish the good time with the music of Sam Roberts Band. Make it quick, book your tickets now! 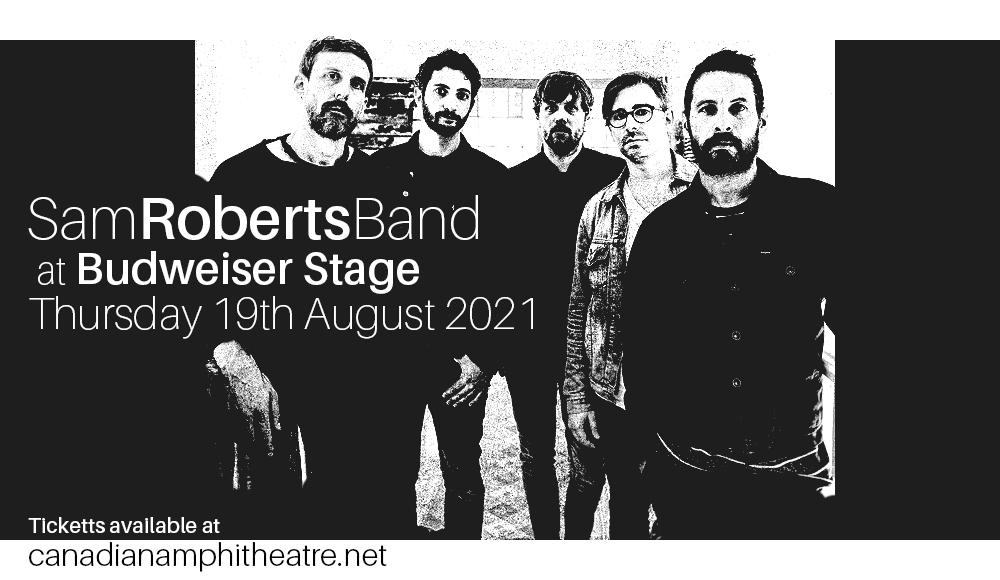 Born and bred in Montreal, Quebec, Sam Roberts has definitely captured the hearts, not only of all Canada but has built for himself a solid, loyal, and active fan base in Europe and the United States of America. He records and performs either Sam Roberts and Sam Roberts band, with three albums released under the former and four albums under the latter.

Sam Roberts has collectively received fifteen Juno Awards nominations, winning six, including Artist of the Year twice (2004 and 2009) and Album of the Year once (2004). He has a handful of gold-certified albums, while his major-label debut album, "We Were Born in a Flame", with the singles "Where Have All the Good People Gone?" and "Hard Road" achieved double platinum sales status in Canada.

This top-calibre artist, Sam Roberts Band is now taking his show on the road with his much-anticipated gig at the at Budweiser Stage on Thursday 19th August 2021. Don't miss it, book your tickets now!