No need for you to be Counting Stars and spill all your Secrets just to witness a promising night of genuine music this summer, as the American pop-rock band OneRepublic, together with the American Christian rock band Needtobreathe, take you in a concert experience you will never forget. Join OneRepublic's frontman Ryan Tedder, Needtobreathe's Bear Rinehart, and the rest of their bands this Wednesday, July 27, 2022, at the Budweiser Stage, Toronto, for a jam-packed night of great music and exhilarating concert experience. The two American bands will surely give their audience a great performance fit for the Great White North. Get your tickets now and mark your calendars for this awaited event. 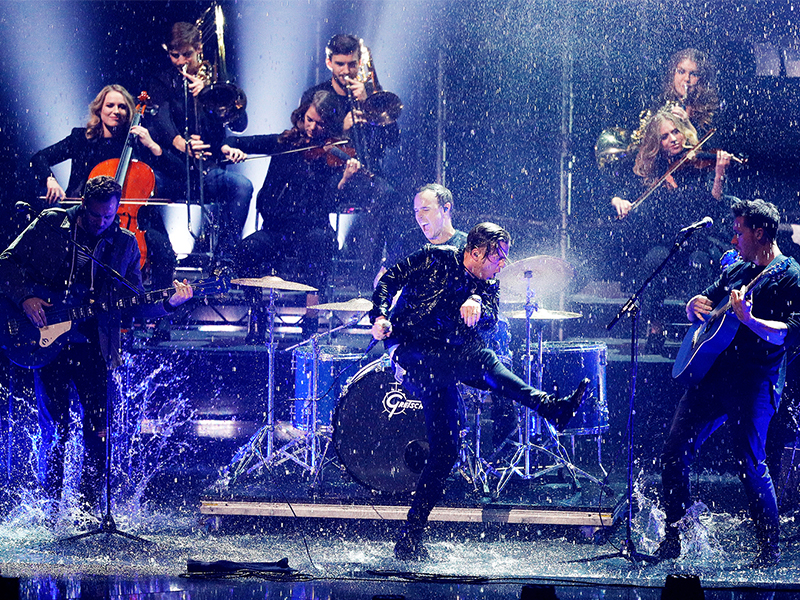 With several hits under its belt, the Grammy-nominated OneRepublic became one of the household names in the pop-rock music scene after producing one hit after another. The band consists of singer/songwriter and lead vocalist Ryan Tedder, guitarists Zach Filkins and Drew Brown, keys Brian Willett, bassist and cellist Brent Kutzle, and drummer Eddie Fisher. The band is most notable for several hits such as "Apologize," "Secrets," "Good Life," "Counting Stars," and "All the Right Moves," among many others. They recently released their new single, "West Coast," which is fast becoming one of the most-streamed songs on various streaming platforms.

The band recently announced its 40-city "Never-Ending Summer Tour" tour with special guest NEEDTOBREATHE. NEEDTOBREATHE is an American Christian rock band from South Carolina which is composed of Bear Rinehart (lead vocals, guitar, piano), Seth Bolt (backing vocals, bass), Josh Lovelace (backing vocals, keys), Randall Harris (drums, percussion) and Tyler Burkum (guitar). The Grammy-nominated band has gathered one platinum single, four gold singles, and a gold album. They are most famous in their songs "Multiplied," "Who Am I," "Banks," and "Brother," which featured the singer Gavin DeGraw. Join these two amazing bands this summer in the famous Budweiser Stage for a night of great music. Book your tickets now!