All The Right Reasons Tour! Nickelback celebrate the 15th anniversary of their Diamond-Certified, #1 album All The Right Reasons performed in its entirety, right here at the Budweiser Stage on Wednesday July 8th 2020. Be there! One of the hottest bands of the 90’s and ranked by Billboard as the most successful band of the 00’s! Buy your tickets and see Nickelback, Stone Temple Pilots & Tyler Bryant and The Shakedown now! Come and re-live the 90’s all night long with classic hits like "Photograph", "Savin' Me", "Far Away", "If Everyone Cared", and "Rockstar!” 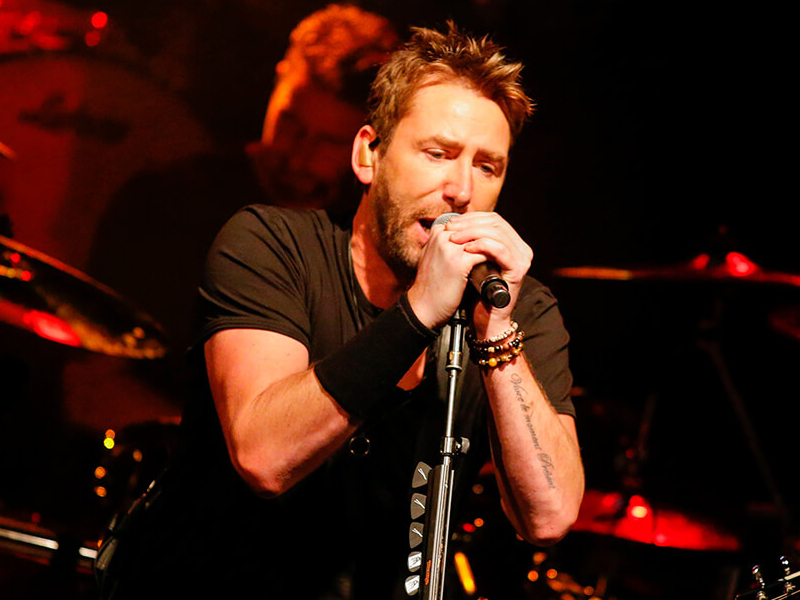 Nickelback are guitarist and lead vocalist Chad Kroeger, guitarist, keyboardist and backing vocalist Ryan Peake, bassist Mike Kroeger, and drummer Daniel Adair. They are one of the most commercially successful Canadian rock bands, having sold more than 50 million albums worldwide, their song "How You Remind Me" was listed as the best-selling rock song and the fourth best-selling song of the decade overall. In 2009, Billboard ranked them the most successful rock group of that decade.
All the Right Reasons is the fifth album Nickelback, released on October 4 2005, the album topped the Canadian Albums Chart and the US Billboard 200 albums chart and has sold 12 million copies worldwide, it was certified 7× Platinum by the CRIA in March 2010 and was certified diamond by the RIAA in March 2017. It was ranked #13 on Billboard's 200 Albums of the Decade and in addition, the album has spawned five top-twenty Hot 100 singles in the U.S.: "Photograph", "Savin' Me", "Far Away", "If Everyone Cared", and "Rockstar.” Songs from the album have been featured in two movies, one tv-series and two video games including the popular Rock Band. The album received generally mixed reviews, currently holding a score of 41 based on 9 critics on Metacritic. However, Entertainment Weekly explained the album's success this way: "What if Nickelback's decision to let the music speak for itself is, ironically, their biggest selling point of all?"