Four of the Heavy-weights of Metal clash in a tour never to be seen again! Megadeth and Lamb of God are set to play the Budweiser Stage in Toronto! Thursday, September 30th, 2021, save the day, buy your tickets and get ready for some awesome METAL! Megadeth will be joined by co-headliners Lamb of God with additional support from Trivium and In Flames. Each of these four acts represent the top echelon of the genre, this is going to be “The Metal Tour of The Year,” do not miss out! 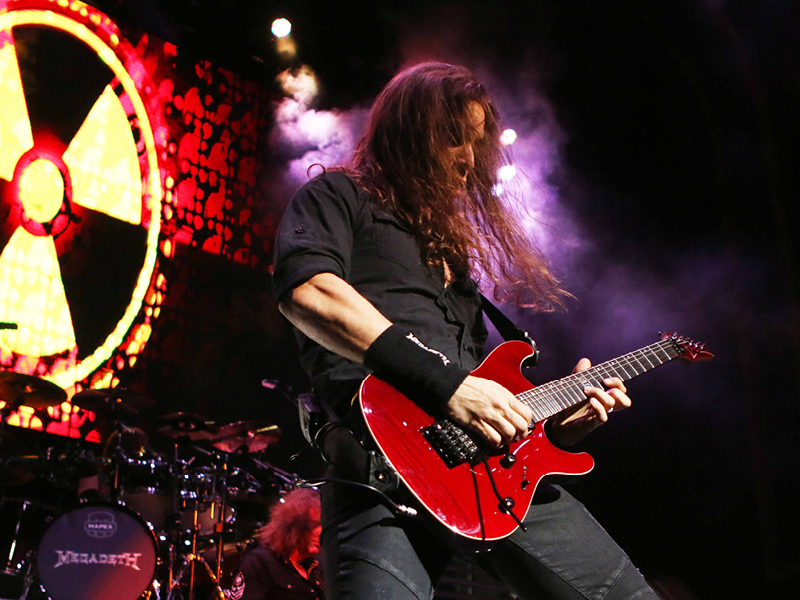 The tour marks Megadeth’s first North American run since 2017 and follows Dave Mustaine’s diagnosis and recovery from throat cancer. Megadeth have sold more than 38 million albums worldwide, receiving numerous nominations and awards, including a 2017 Grammy for Best Metal Performance. Megadeth’s Dave Mustaine has continued to praise and comment on the new Megadeth material but, “coming soon…” is all they say.

Lamb of God exploded into the heavy-metal scene two decades ago, and have released many albums, including Ashes of the Wake, released in 2004 that went on to be certified gold. Lamb of God, announced their new self-titled record along with its set release date for May 8th.

Florida's Trivium have spent the past decade-plus, building their reputation and steadily rising to prominence, becoming one of the main torchbearers of heavy metal in the modern era. With millions of albums sold globally and numerous world tours from Ozzfest, Mayhem, and Download to opening for Metallica, Black Sabbath, and Iron Maiden to extensive headline treks

In Flames are an example of what it means to steadfastly stay true to your vision. Since forming in Gothenburg, Sweden, in 1990 the legendary melodic metal act have toured the planet countless times and influenced many of today's biggest metal acts without ever ceasing to push their own signature sound forward.