Jack Johnson comes to Budweiser Stage on Tuesday 5th July 2022 as part of his upcoming North American Tour 2022. The announcement came out on 6th December that he would be headlining another North American tour, and the fans were very excited about seeing him return to the stage. The Multi-platinum artist will conduct a 30 date tour across North America, including New York, Camden, Columbia, Chicago, and more. He will be supported at various stops by other artists such as Ben Harper and Innocent Criminals, Durand Jones and Indications, Ron Artis II and Thunderstorm Artis, Ziggy Marley, and Lake Street Dive. Johnson expressed his excitement about being back on the road as he looks forward to an exciting tour. 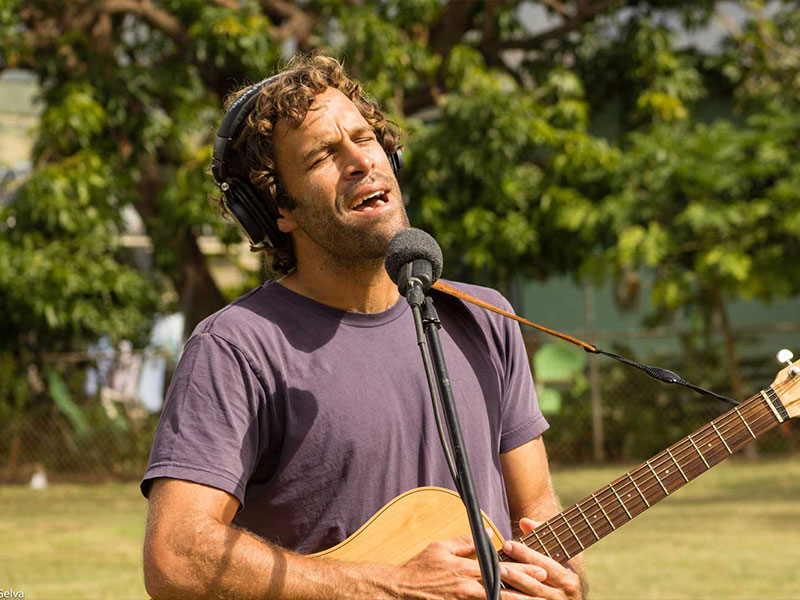 The American singer-songwriter released his last album, All the Light Above it Too, in 2017. The album was a massive hit, received critical acclaim from music commentators, and was streamed by many fans worldwide. Johnson has revealed seven studio albums till now, with two live albums. He has sold a record 25 million copies all over the world since his debut in 2001.
Johnson is one of the leading individuals taking part in greening the music industry. The artist believes that music should have a lesser impact on the environment, and he wants to help reduce it. At each tour, his All At Once Social Action network connects fans with local non-profits. Johnson also founded the Johnson Ohana foundation with his wife to promote art, environmental, and music education around the world. His profits and personal donations have amounted to 37 million dollars that have been donated since 2001.
Johnson has had a pretty successful music career, and his widespread demand is because of his record-breaking productions. Four of his studio albums have reached Billboard 200, and he also has two Grammy nominations. People love his soft-acoustic genre that provides the audience with a unique, soulful musical experience. If you want to be a part of that experience too, get your tickets ASAP before they are sold out immediately!