The masters of songwriting Hall and Oates have announced their exciting tour dates for 2020, as they embark on a journey around the world and bring their biggest songs of all time to the stage! Hall & Oates will be heading to Budweiser Stage on Friday 10th July 2020 as part of their North American showcase! There will also be special performances from KT Tunstall & Squeeze – Don't miss your chance to be there! 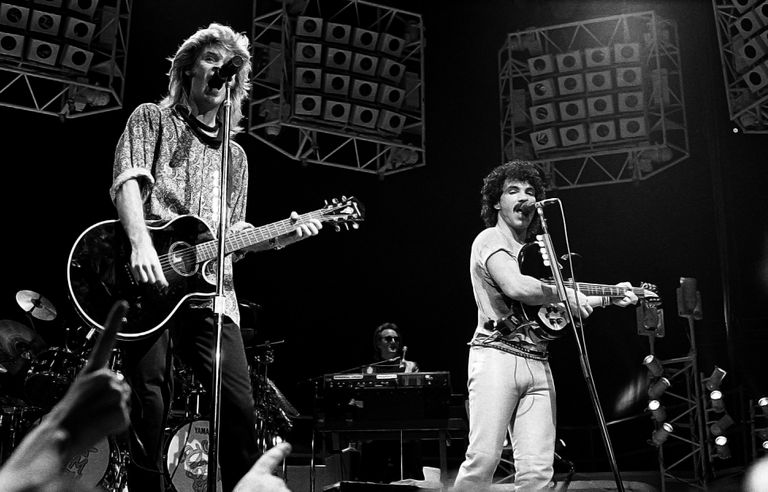 As one of the most legendary songwriters to ever walk the earth, Daryl Hall and John Oates has become worldwide household names, with their records being featured in any avid music lovers classic album collection. With their long-standing success and their incredible impact on music history, they hardly need an introduction as it's hard to find anyone who doesn't know of Hall and Oates and their iconic reputation.

Together Daryl Hall & John Oates transformed the Philadelphia rock and roll scene during the 1970s and quickly progressed to being a success. Their collaborative approach to song writing paved way to some of the greats and led them to achieve success throughout the 1970's – mid 1980's era. Throughout the decades, Hall & Oates have gained extensive radio play and chart success and have sold over forty million records worldwide, marking them as one of the biggest selling duo's of all time.

Some of Hall & Oates unforgettable single releases include the likes of; "Rich Girl", "Kiss on My List", "Private Eyes", "I Can't Go for That (No Can Do)", "Maneater", and "Out of Touch" – all of which topped the charts and grabbed the number one spot at the time. These songs not only have become listed in Hall & Oates most loved collection of material but have become famous in their own right, featured in movies, soundtracks, TV shows and have been covered by many artists since their release.

With seven RIAA platinum albums, and six RIAA gold albums, Hall & Oates are undoubtably one of the most successful rock duo's in the entire history of music, up there with the likes of Simon & Garfunkel and The Everly Brothers and even surpassing them with their mind blowing sale figures.

Hall & Oates worldwide fame has been rightly so celebrated at large throughout the years with their induction into the Songwriters Hall of Fame, the Rock and Roll Hall of Fame and even received a star on the Hollywood Walk of Fame for their legendary success.

Come and show your love for these unforgettable songwriters as they bring their co-talents once again to the stage for 2020! Hall & Oates will be live and it will be a night to remember – tickets are available to book above right here, right now!