Grammy Award-winning hit-makers Goo Goo Dolls have extended their Miracle Pill Summer Tour, which comes to Budweiser Stage on Monday 9th August 2021 and celebrates the release of the duo's 12th studio album, released last year! The "Iris" chart-toppers will be bringing to the stage a set of tracks from the recent album as well as plenty of classic hits, and even some of their older, lesser-known tunes to create a well-rounded and fun set-list that has something for all fans, old and new alike! They'll be joined by special guest support act Lifehouse! 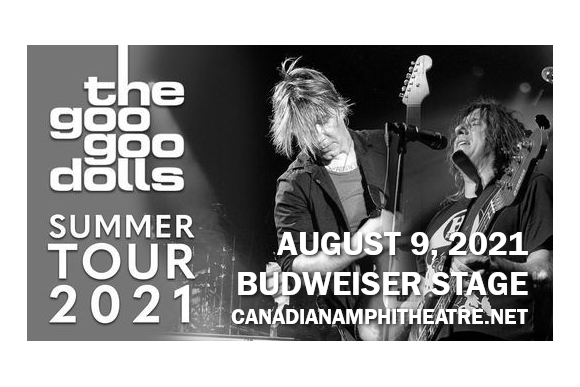 Formed in Buffalo, New York in the mid-1980s, Goo Goo Dolls began as a punk-rock outfit. The band made its debut in 1987 with a self-titled album on independent label Mercenary Records, and followed with three more independent releases, but the band's commercial breakthrough came in 1995 with the release of A Boy Named Goo. The album contained the band's first major hit, "Name," which both the US Modern Rock Tracks chart and the Album Rock Tracks chart, and peaked number five on the Billboard Hot 100. This was just the beginning of mainstream success for the band whose 1998 follow-up, Dizzy Up the Girl, went quadruple-platinum in the US and launched five top 10 singles – "Slide," "Black Balloon," "Broadway," "Dizzy," and "Iris." "Iris" proved to be the band's biggest hit to date and was a global success, reaching number one in Australia, Canada and Italy, number three in the United Kingdom, number nine on the US Billboard Hot 100, and going on to become one of Ireland's best-selling singles of all time. The single was also a huge crossover success, spending nearly twelve straight months on the Billboard charts, holding the number one position on the Hot 100 Airplay chart for eighteen weeks, and eventually topping Billboard's "Top 100 Pop Songs 1992–2012" chart in October 2012. In 2019, Goo Goo Dolls released their 12th studio album, Miracle Pill.