You can't mess with a classic, which is why the ulmighty rock band Foreigner are still going strong after four decades in the industry! Coming to Budweiser Stage on Saturday 8th August 2020 on their Juke Box Heroes Tour (named after their 1981 hit), they'll be joined by fellow rockers Kansas and Europe in support!

“The band is super thrilled that this summer, we’ll be back in the USA… the birthplace of rock and roll,” Europe’s Joey Tempest noted. “It’s been four long years and we are honored to be on the road with Foreigner and Kansas for this extensive tour across North America. Strap yourself in! Europe in America once again!” 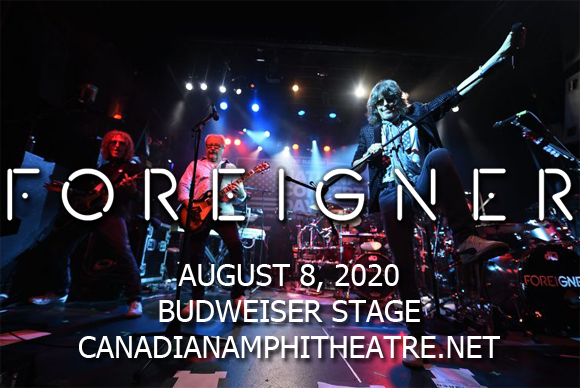 A quintessential classic rock band, Foreigner dominated the charts throughout the late 1970s and early 1980s, releasing six consecutive multi-platinum-selling albums from 1977 through 1984 (with 10 multi-platinum albums in total under their belt), and 16 top 30 hits, including the gigantic number one single "I Want to Know What Love Is"! The band's transatlantic roots (it was formed by two Englishmen and two Americans) brought them huge success in both the US and UK, and their music eventually spread to all four corners of the globe, with them eventually becoming one of the world's best-selling music acts of all time, having sold more than 80 million records worldwide.