Not only are Chicago one of the best-selling rock bands of all time, but they also appear to be one of the hardest wokring! The iconic hitmakers are headed to Budweiser Stage on Sunday 26th July 2020 for a night of chart-topping tunes that everyone knows and loves, including "If You Leave Me Now", "Hard to Say I'm Sorry", "Look Away" and more! Not only that, but they'll be joined by another icon that took the world by storm in the 1980s – Rick Springfield! 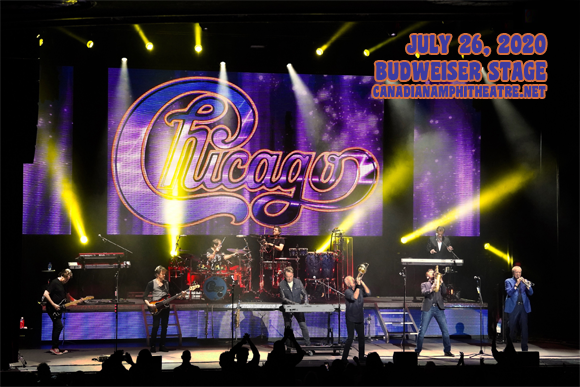 Known as the “rock and roll band with horns”, Chicago changed the face of rock music throughout the 1970s and 1980s with its unique take on the genre, and went on to become the US' second-biggest-selling rock band of all time. The band was formed in 1967, and made its debut under the name Chicago Transit Authority two years later with a self-titled album. Chicago became the leading US singles charting group of the following decade, releasing a string of five consecutive number one albums throughout the 1970s. To date, the band has sold over forty million units in the US, with twenty three gold, eighteen platinum, and eight multi-platinum albums. Chicago has been honored by Rock & Roll Hall of Fame, Songwriters Hall of Fame and Grammy Hall of Fame.