Canada's favorite roots rockers Blue Rodeo are coming home to Budweiser Stage on Saturday 24th August 2019 for their 18th annual summer show! The 12-time Juno Award-winning veteran performers will be bringing a variety of classic Blue Rodeo hits to the stage, playing a carefully curated set-list from their glittering 30 year career! Every Blue Rodeo show is a must-see event – tickets will sell fast! 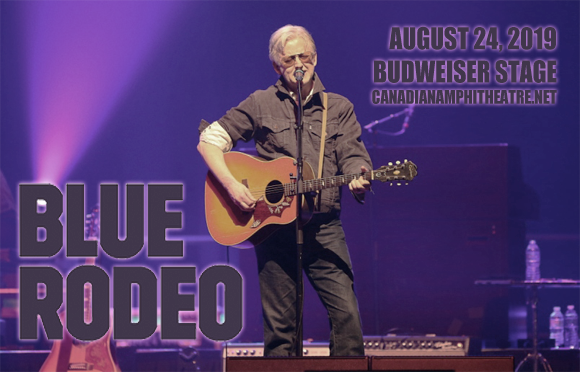 Canadian country rock band Blue Rodeo made their debut in 1987 with their highly successful album Outskirts. The record was eventually certified quadruple-platinum in Canada thanks to the hit single “Try”, which went to number one on the RPM Country Tracks chart and number six on the RPM Top Singles chart. Since then, the band has enjoyed continued success in Canada and abroad, with the release of fifteen full-length studio albums, four live recordings, one greatest hits album, and two video/DVDs to date. The group has taken home the Juno Award for Band of the Year five times, and has won twelve Juno Awards in total. They were given a star on Canada’s Walk of Fame in 2009, inducted into the Canadian Music Hall of Fame in 2012 and, in 2014, were awarded the Governor General’s Performing Arts lifetime achievement award – Canada's highest honour in the performing arts. Their most recent release is 2016's 1000 Arms.