One of Canada's longest running Country Rock acts Blue Rodeo have announced the news of their exciting 2020 tour! The band will be joined by the likes of Alan Doyle & The Weather Station as they make their way down to Budweiser Stage on Saturday 29th August 2020! Get ready to catch all of your favorite Blue Rodeo songs live in concert – tickets are now available, have you got yours?! 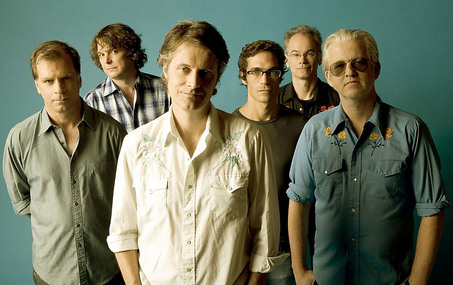 The Canadian country rockers, Blue Rodeo have had a long standing career on the mainstream scene, with their incredible collection of songs that have spanned over the last three decades and more. They first began their journey all the way back in 1984 as they formed as a group and made the decision to pursue their love and passions for writing and producing music as a unit.

The bands line up consisting of high school friends, has formed a group that has stood the test of time. When Jim Cuddy and Greg Keelor met there's no way they could of ever expected to be performing together for the next thirty six years and more. During the 1980s the two friends made a move to NYC to develop further and branch out, this is when they met fellow members and Blue Rodeo were born. As they followed their dream and started to perform on the circuit, Blue Rodeo picked up a wide following and quickly gained interest back in their home country as they played on stages across Toronto, Canada and made their first sign to a label.

The rest is truly history as Blue Rodeo captivated the hearts of so many music lovers and since have collaborated with some of the biggest names to come out of Canada's long list of top musicians from Sarah McLachlan to The Tragically Hip, Burton Cummings, Great Big Sea, Jann Arden, The Sadies, Skydiggers, Cuff the Duke, Crash Vegas, Cowboy Junkies, Sarah Harmer, Jill Barber, and Kathleen Edwards.

As well as their successful collaborations, Blue Rodeo have gained massive international appeal with their whopping fifteen studio albums to date excluding their live and greatest hit releases! Their impressive number of records just goes to show how popular these guys are and have been throughout the decades.

Join the talented group Blue Rodeo as they take to the road once again this coming Summer!